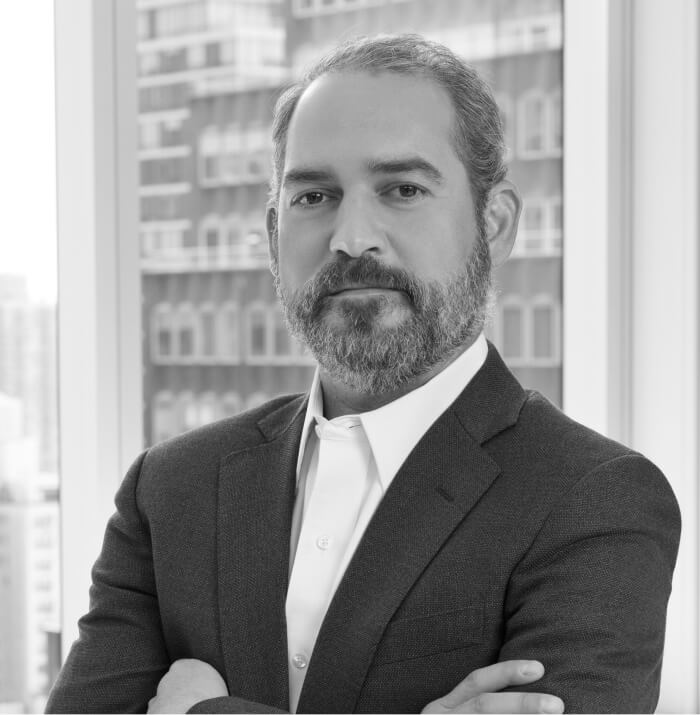 “There is no substitute for hard work.”

I grew up in Puerto Rico, then went to Wharton, where I studied accounting and finance. Against my Father’s advice (who is an attorney), I attended law school and went to work at Latham & Watkins in New York City. There, I focused on project development and finance deals in South America and the US.

After Latham, I had my first child, moved back to Puerto Rico, and started working at McConnell Valdes. I started to represent Tishman on some of their deals and began working closely with Dan Tishman, John Vickers, David Rothenberg and Dan Unger. After providing day-to-day coverage for Tishman, I eventually moved back to New York to come in-house, managing our projects in Puerto Rico and providing support for our US properties. Over time, I became more hands-on with transactions. I worked on the exit of Rio Mar and engineered a workout of the Sheraton Old San Juan. Eventually, I started to get integrated into our assets in Florida and focused on the WDW Swan Reserve, which was deeply fulfilling as I got to work with the Disney and MetLife teams from deal conception to design through opening. Over this period, I had to manage some ups and downs with the hurricanes and Zika in Puerto Rico and then COVID. Somehow, we managed to get through with our sanity intact and earned a few wins I can look back at with a sense of accomplishment. We opened a hotel during a pandemic, sold a hotel at a huge profit in a market many had written off, and acquired one of the first distressed bulk condo deals in New York.

When I look at deals, I spend a lot of time on the thesis. You need to be immersed and knowledgeable about the market, but you also must understand what strategic path will create the most value. I look at risk-reward, downside mitigation, and opportunity cost when I try to determine where and how we will spend the dollars and human resources. If we can build a high level of conviction in our thesis, I think we can find value in any deal and achieve outsized returns.

Francisco Ramirez is the Chief Operating Officer and an Executive Vice President for Tishman Realty. Prior to joining Tishman in 2007, he was a partner at McConnell Valdes LLC, one of the largest Hispanic owned law firms in Latin America, and has over 20 years’ experience in all aspects of real estate development and finance. Mr. Ramirez is a member of the New York State and Puerto Rico Bar Associations. He holds a BS in Economics from the University of Pennsylvania, Wharton School of Business, and a JD from Columbia Law School, where he was recognized as a Harlan Fiske Stone Scholar.